Curated by Neyran Turan and coordinated by the Istanbul Foundation for Culture and Arts (İKSV), the Pavilion of Turkey will present Architecture as Measure at the 17th International Architecture Exhibition, titled "How Will We Live Together?" and taking place from May 22 to November 21, 2021.

Co-sponsored by Schüco Turkey and VitrA, realised with the contribution of the Ministry of Culture and Tourism under the auspices of the Ministry of Foreign Affairs of the Republic of Turkey, the Pavilion of Turkey is located at Sale d’Armi, Arsenale, one of the main venues of the Biennale.

The installation component of the exhibition comprises four dioramas, each focusing on specific sites of architecture. In addition to the installation, the exhibition extends to a website as its main publication platform. Presented through four different sections—Paperwork, Episodes, Conversations, and Essays—the website will publish content by invited contributors and the curatorial team periodically over the course of the Biennale. 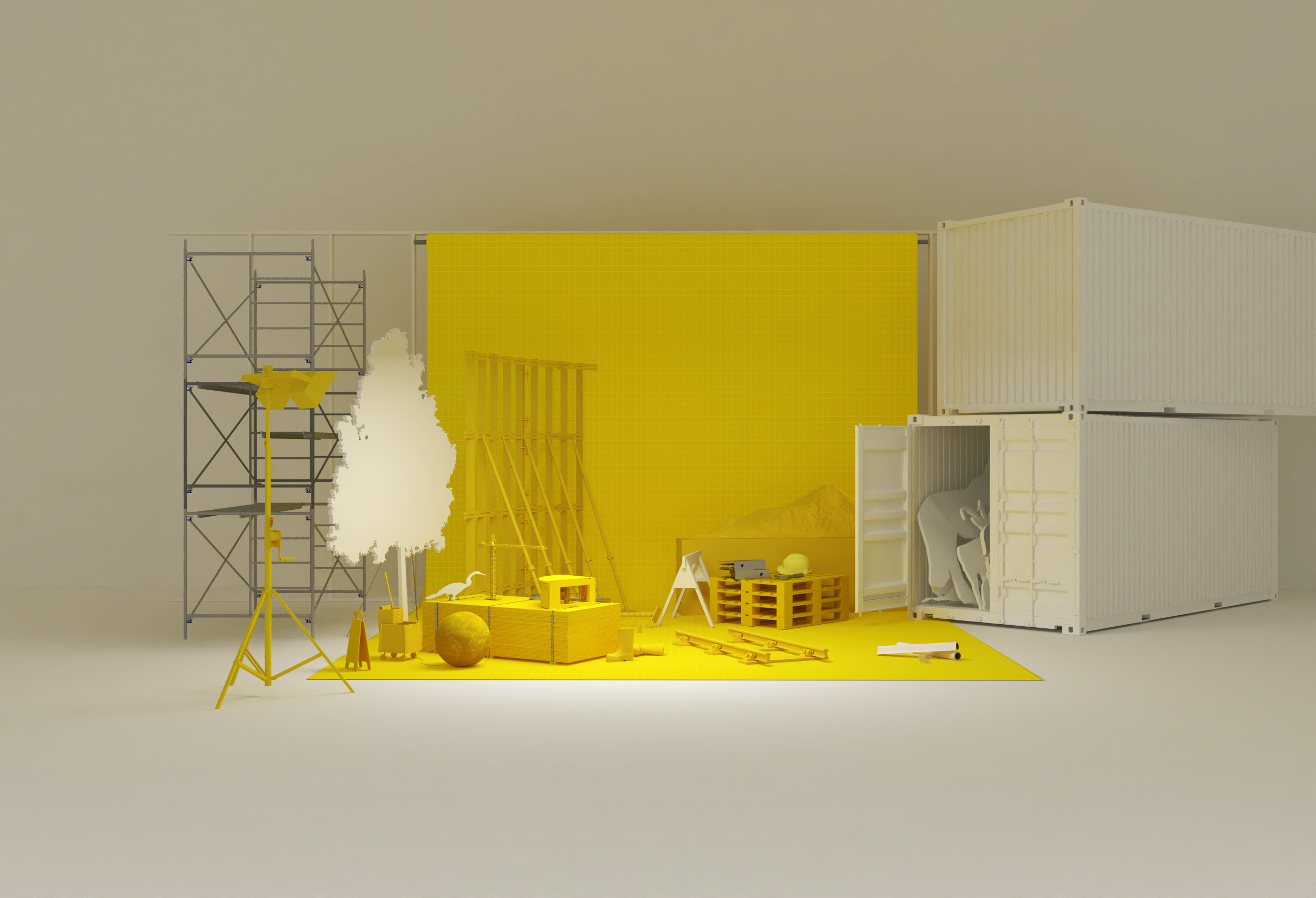 The Architecture as Measure project defines the planetary as the vast geo-temporal scales through which climate emergency accelerates. But it starts with the provocation that instead of seeing planetary imagination purely as an isolated idea of preserving nature, or as technological management or as visualization, it is important, at this moment, for architecture to consider its potential from within its inner workings. Architecture as Measure proposes that architecture needs to see larger planetary questions and the everyday aspects of its own making as one and the same thing. The planetary is about the here and now; it is embedded in everything we do, and it is waiting for a long-overdue radical change.

Presented through an installation, a website publication, and storytelling, the Architecture as Measure project for the Pavilion of Turkey at the 17th International Architecture Exhibition, la Biennale di Venezia titled How Will We Live Together? focuses on the politics and nuances of the seemingly mundane aspects and sites of architectural construction, juxtaposing them with their respective planetary counterparts through geographies of material extraction, supply chains, maintenance and care in Turkey and beyond.

In the context of climate emergency, Architecture as Measure positions architecture as a measure to provoke an alternative planetary imagination that can help assess our place on Earth and our role in relation to those with whom we live together: as architects with the actors of other disciplines and domains of work, and as a species alongside more-than-human others.

Neyran Turan is an architect and a partner at NEMESTUDIO. She is currently Associate Professor at the University of California-Berkeley. NEMESTUDIO has been recognized with several awards, most recently the 2016 Architectural League New York Prize for Young Architects, multiple citations at the 2019, 2018, 2017 and 2016 The Architects' Newspaper Best of Design Awards, Core 77 Design Awards, ACSA Faculty Design Award, and multiple Graham Foundation for Advanced Studies in the Fine Arts awards. NEMESTUDIO’s work, ranging from installations to buildings and landscapes, has been widely published and exhibited internationally at the Seoul Biennale of Architecture and Urbanism, Storefront Art and Architecture Gallery, Architecture and Design Museum in Los Angeles, Yerba Buena Center for the Arts in San Francisco, Aedes Architecture Forum Gallery in Berlin, SALT in Istanbul, Betts Project in London, Banvard Gallery in Columbus, and Istanbul Design Biennial, among other venues. Neyran's work focuses on alternative forms of environmental imagination and their capacity for new aesthetic and political trajectories within architecture and urbanism. She is the founding chief-editor of the Harvard University Graduate School of Design (GSD) journal New Geographies and was the editor-in-chief of the first two volumes of the journal New Geographies 0 and New Geographies: After Zero. Her recently published book titled Architecture as Measure (ACTAR Publishers, 2020) has been awarded by the Graham Foundation for Advanced Studies in the Fine Arts. Neyran holds a Doctor of Design from Harvard University GSD, Master of Environmental Design from Yale University School of Architecture, and Bachelor of Architecture from Istanbul Technical University.

E. Ece Emanetoğlu is an architectural designer and researcher currently based in Istanbul. She is the co-founder of the recently formed research and design collaborative Side—Works. She received her Post-Professional Master of Architecture degree from Princeton University, where she was a recipient of the Princeton University Fellowship. Prior to her studies in the United States, she received her Bachelor of Architecture from Istanbul Bilgi University in 2016. While at Princeton, she was one of the co-curators for the 2019 Princeton exhibition Too Fast Too Slow: 11 Architectural Moves and was engaged in AWP (Agency for Work and Play), a collective research initiative. She participated in the installation with a model design for the 2018 Liquid La Habana exhibition curated by Beatriz Colomina, Ivan L. Munuera, and Bart-Jan Polman. At the 16th International Architecture Exhibition, la Biennale di Venezia, her undergraduate group project Carapace pavilion was selected to be exhibited by Istanbul Bilgi University. Ece has previously worked in New York and Tokyo with Hiroshi Nakamura and NAP Architects on projects at various scales from a treehouse to a modern art museum in Japan.

Melis Uğurlu is an architectural designer, writer, and editor. She is currently based in London, where she runs her own architecture and design studio. She is the co-founder of the recently formed research and design collaborative Side—Works and the deputy editor at Godshot magazine, an annual print publication with a focus on design and philosophy. Melis received her Bachelor of Architecture degree from Rice University and has previously worked as an architectural designer and research assistant at NEMESTUDIO, Rogers Partners, and Kyle May, Architect. She was an editor at the New York based journal CLOG and an editor-in-chief at PLAT Journal. Her work and writings have been published in XXI Magazine, PLAT, and Archinect, among others. Melis is originally from Istanbul, Turkey.

Betsy Clifton is an architectural and graphic designer working in New York and Berlin. She holds a Master of Architecture from the University of California, Berkeley and a Bachelor of Fine Arts from the School of Visual Arts, New York. She has recently collaborated with Sam Chermayeff Office, James Wines of SITE architects, and Norman Kelley on international exhibitions and housing projects. In 2018, together with architect Sam Chermayeff and artist Jean-Pascal Flavien, she founded "A Weak Office", a subversive architectural office. Betsy has designed over twenty published books for clients in architecture, theory, art, and music. She has been an invited architectural critic at Columbia University GSAPP, University of Pennsylvania, the Architectural Association, among others.

Samet Mor is an architect and researcher. He received his Bachelor of Architecture degree from the Middle East Technical University in Ankara and his Master of Architecture from Istanbul Bilgi University. As a lecturer, he teaches architectural history courses and design studios in various universities. He is also one of the founders of an academic research initiative which conducts surveys on architecture in Istanbul. His writings are published in many academic journals, magazines and books. Samet has received several academic and professional awards in national and international competitions. During his education and afterwards, he worked in multiple architectural firms in Turkey. Today, in addition to being a practicing architect, he continues his research studies as a Ph.D. candidate in Istanbul Technical University.

Ian Erickson is a Master of Architecture candidate and Dean’s Merit Scholar at the Harvard Graduate School of Design. He is the founding editor of Disc., a media and technology publication printed by a83 in NYC. He has previously worked in San Francisco with David Jaehning Architect, NEMESTUDIO, modem, and The Open Workshop. 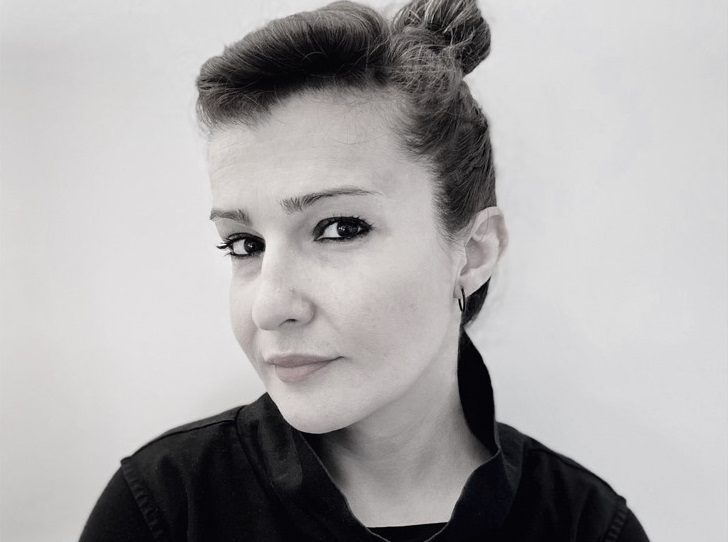 In the context of climate emergency, Architecture as Measure positions architecture as a measure to provoke an alternative planetary imagination that can assess our place on Earth and our role in relation to the others we live together with: as architects with other disciplines and domains of work and as species with more-than-human others. 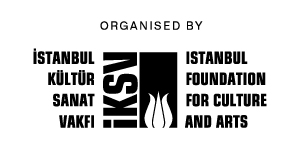 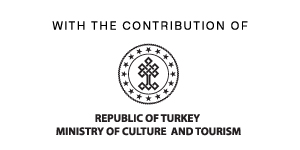 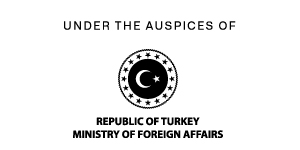 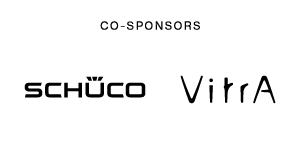