Join us for the online opening of the pavilion and the website at May 20 at noon on www.whoiswe.nl 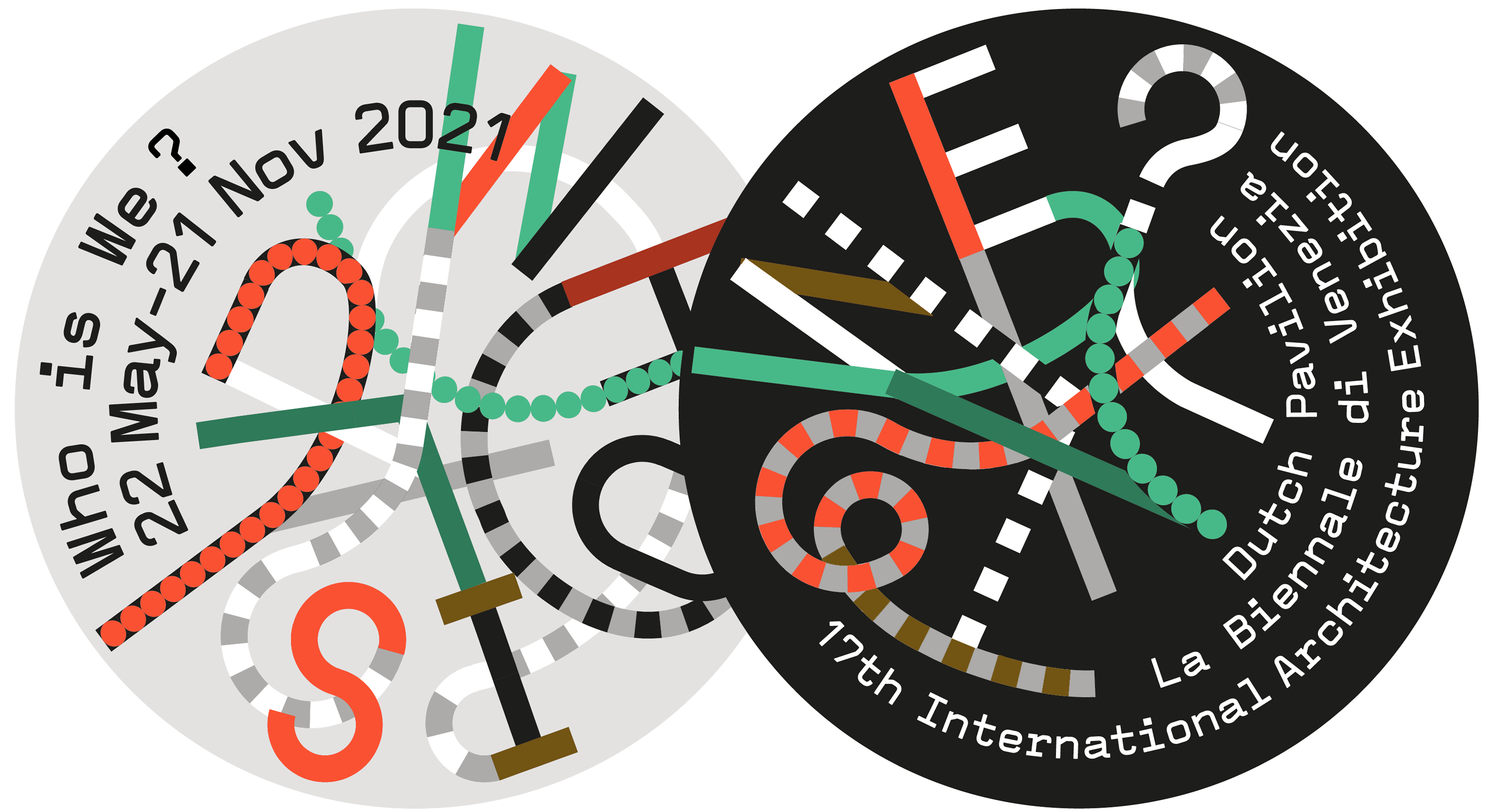 Het Nieuwe Instituut responds to the theme ‘How will we live together?’ with the counter-question ‘Who is we?’. The word 'we' seems to imply inclusion, but it often represents a very singular perspective. As social and ecological urgencies demand immediate care and action, it is fundamental to regard ‘we’ as an even more pluralised pronoun that encompasses all humans and non-humans such as soil, plants, animals, and microbes. Who is We? addresses the urgency for architects and urbanists to commit to this plurality.

Who is We? presents an urbanism that is female, indigenous, of colour, queer, and multispecies. It advocates for design values transforming the current – mostly exploitative dynamic – into equal and non-extractive forms of coexistence. The knowledge, values, and tools necessary for this transformation have been developed throughout history but are largely ignored by the architecture canon.

In Multiplicity of Other, De Jong reconstitutes the dominance of a single-sided universal minority perspective on cities, identifying the spatial knowledge of the overwhelming majority of othered groups as fundamental. She presents Space of Other, a performative space using public dialogues to engage with other values, languages, and spatial practices like dance, music, and poetry. Solomon advocates Multispecies Urbanism for just urban development driven by reciprocal inter-species relations of care and climate crisis mitigation. In the pavilion she shares research tools such as Radical Observation, soil chromatograms, and rhizotrons to produce environmentally democratic urban landscapes in the form of public space food forests.

Who is We? is an empathic plea against homogeneity as polyphony and plurality create the relations and interactions essential to build resilient societies and cities.

Francien van Westrenen studied Arts and Culture at the
Erasmus University Rotterdam, graduating with her Master’s thesis on the future of the art museum. Since then she has worked at various cultural institutions, including Stroom Den Haag as architecture curator, where she curated, among others, [Another Reality. After Lina Bo Bardi](https://www.stroom.nl/activiteiten/tentoonstelling.php?tid=4473883), _[Proposals for a Qualitative Society ](https://www.stroom.nl/activiteiten/tentoonstelling.php?tid=6094596)with Céline Condorelli, and _[Revolutionary Traces ](https://www.stroom.nl/activiteiten/tentoonstelling.php?tid=4294200)with Ângela Ferreira. With Maaike Lauwaert, she edited \Facing
Value. Radical perspectives from the arts _(Valiz, 2017). Since March 2018 Francien van Westrenen is the Head of Agency at Het Nieuwe Instituut. She addresses the innovative force and international role of the various design sectors, mediating between designers, makers and architects living in The Netherlands, and both national and international platforms, manifestations and policymaking.

Afaina de Jong is an architect and contemporary thinker with an international and intersectional discourse that explores the boundaries of architecture, art, and culture. Integrating theory and research with design, she believes that architecture is not only to be perceived, but also experienced and interacted with. Her Amsterdam-based architectural studio Afarai specialises in spatial design and strategy, with a deep connection to represent people and cultural movements that are not traditionally represented in architecture. Using form, language, colour, pattern, and narratives that are 'other', the studio works towards a more holistic and inclusive urban space.

Debra Solomon is an artist, researcher and educator. In 2017 she introduced the term ‘multispecies urbanism’ to describe urban development driven by the priorities of urban ecosystems and natural world stewardship as giving primacy to the care for the natural world. Multispecies Urbanism promotes policy innovations that engage citizens as part of a resilient urban habitat founded on environmental justice for all species. In 2010 she founded Urbaniahoeve to produce public space urban food forests with locals and to develop urban food forest design and stewardship training in the Netherlands and Italy. 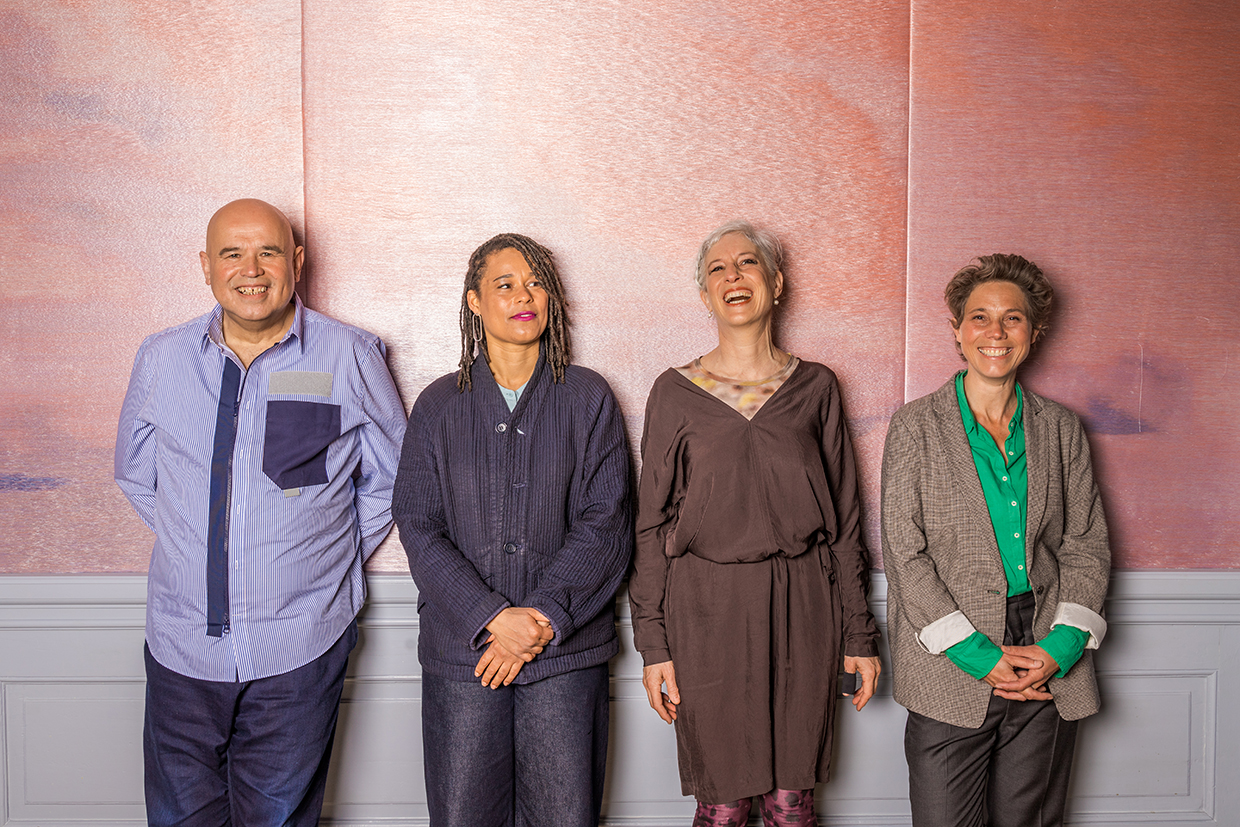